Irish Theatre Institute and the Tyrone Guthrie Centre, Annaghmakerrig are delighted to announce the open call for the 2nd Phelim Donlon Playwright Bursary and Residency.  This award is named in honour of Phelim Donlon, former Drama Officer at the Arts Council and a dedicated member of the first Irish Theatre Institute PLAYOGRAPHYIreland Advisory Panel, in acknowledgement of his valued contribution to Irish theatre. The 2nd Phelim Donlon Playwright’s Bursary and Residency will provide an emerging playwright with the time, physical resources and mentoring necessary towards writing a play.

The Bursary will include a two weeks’ fully resourced residency in Annaghmakerrig, to take place between January and June 2017, and an ITI writer’s stipend of €1,000.

“.... Annaghmakerrig is much more than just a place where artists find the space and time to focus on their craft. It’s also a place where people can find community, connections, inspiration and respite.

... Forming new relationships with like-minded individuals is all part of the experience …. Most importantly, that feeling of connection to an artistic community lingers long after you’ve left the place; something to draw on when you need it; a nourishing memory.

This bursary and the relationship fostered with ITI is particularly important now in a time of shortages of supports for emerging dramatists in Ireland. Providing everything from advice on funding applications to the use of their spaces for interviews or rehearsed readings, it’s a real comfort to know that ITI is there and aware of my work and I’m grateful to them for their time and commitment. I have no doubt that they are doing all they can to support my present and future career as a playwright”.

Application is open to playwrights resident in the Republic of Ireland and Northern Ireland with at least one full length play staged by a recognised professional production company/producer.  Priority will be given to individual writers over writing collectives, writing teams or writing partnerships. Applications are accepted by email only to info@irishtheatreinstitute.ie and must include:

All applications go to the selection committee that will comprise Jane Daly and Siobhán Bourke, Co-Directors Irish Theatre Institute; Dr Pat Donlon and an external expert. The successful applicant will be notified by Monday 28th November. The Bursary recipient will be announced at a celebration in Irish Theatre Institute, 17 Eustace Street, Dublin 2 during the week commencing Monday 5th December 2016. 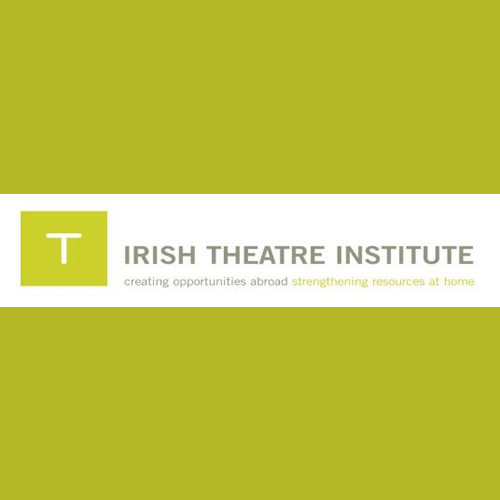