In a wide-ranging interview, the influential critic discusses the Gaelic Revival’s genius, culture as a site of struggle, the folly of compulsory Irish, today’s shy students and his subversively happy childhood

There’s no point in beating ourselves up that we don’t have people quite like Yeats or Joyce or Collins or Lady Gregory or Hanna Sheehy-Skeffington; it’s better just to be glad that they came at all. Like the Renaissance in Italy happens once in a thousand years and that’s enough I did a lot of writing at home in the early years.

In more recent years I actually went to Annaghmakerrig. I wrote most of Ulysses and Us in Annaghmakerrig and it was such a happy experience. Just looking at it now, once or twice, I feel a certain enthusiasm even in the prose that I remember feeling when I wrote it.

So I’ve gone back to Annaghmakerrig in recent years. . . I’ve just finished a book on Irish writing from Beckett to the Present, most of which I wrote there as well. I love it. I think it’s a great place. I love the company of dancers, actors, writers, painters, all there together having the dinner at seven o’clock. It’s a lovely discipline to the day, that you’d go off and do your own thing, you can have a couple of walks, but then you’re all together in the evening. You know you’ll get fed... Fed very well. But also enjoy the company. I had such fun the last time I was there.

It turned out that Miss Panti was there, shortly after the controversy Rory had been plunged into, but also the German translator of City of Bohane, very nice man, very engaged with the text. He would come down and say, what is “dirtying his kaks” and we Irish at the table would have a debate designed to help him. And then he asked about stations, what are the stations, Mass comes to houses. I had a very learned exchange with Panti, because Panti was quite sure it was after someone died, and I know it’s not. Anyway, he’s from Mayo, so he was able to speak with some authority apart from his natural theatrical presence, so I think I probably lost that argument.

But it’s a wonderful place, where you meet people like that and have all kinds of interesting encounters, but after a good day’s work, which is a terrific feeling. I couldn’t praise it too highly.

And it’s another of those things which the much-maligned Mr Haughey – for all his flaws, and they were considerable – did actually help to make it possible. Tyrone Guthrie put it up, of course, and to him the main credit goes, but Haughey realised that this was a good way of encouraging artists.

I wrote a novel the year after my father died which I am, sometimes, tempted to try and rework. It’s based on a very subversive idea, of the completely happy Irish childhood. I want it to be not a To School Through the Fields account of growing up in Clontarf, something that has a bit of edge but still is about how relatively untroubled the childhood of my generation, in that particular place, happened to be. I’m hoping at some stage to go up to Annaghmakerrig and see if I can do anything with it. But that was probably a blog of my years up to the age of 18. 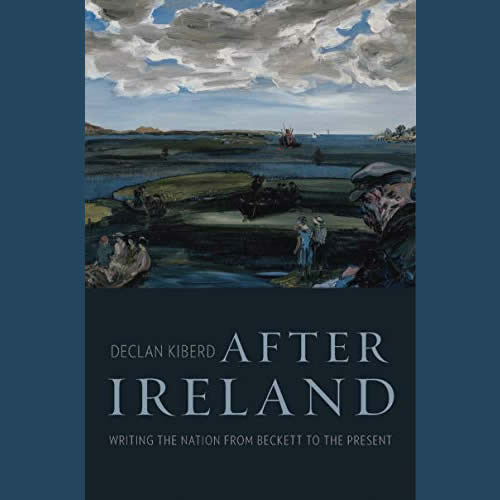